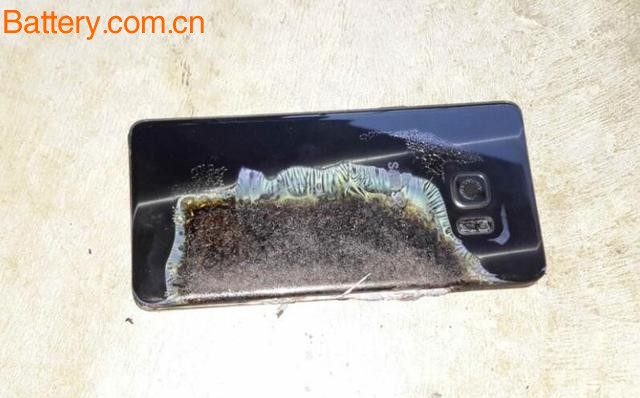 The Investor did not disclose what problems Samsung found when investigating the Note 7 battery. Samsung has previously stated that it will disclose its findings to the public before the end of this year. After disassembling Note 7 by a third-party organization, it was found that the phone did not have enough space for large-size batteries, which would cause the internal pressure of the phone to accumulate, which may be the cause of some battery fire or explosion. According to media reports, in order to keep the phone thin and battery life as long as possible, Samsung continues to reduce battery thickness and increase battery capacity.

The Android Authority said that even if Samsung disclosed the Note 7 battery "explosive door" investigation report, it would lead to a lot of questions: Why did Note 7 go "sick" on the market without proper testing? Shortly after the release in September, Note 7 was found to have problems with the battery. Since the returned mobile phone still has problems, Samsung decided to stop selling Note 7, and recall all the phones that have already been sold.

Although Samsung claims that the vast majority of Note 7 has been returned, it is still taking steps to ensure that lost phones are not available or close to use. Samsung is releasing patches to Note 7 in Canada, New Zealand and Australia to cut off their WiFi or mobile network connections. In Europe, Samsung plans to release an update package that will reduce the charging capacity to 30% of its nominal capacity. Later this month, Samsung will begin releasing an update package in the US to make Note 7 not fully charged.

Android Authority said that there were media reports that including Lost revenue and other expenses, Samsung suffered a loss of 5 billion US dollars (about 34.8 billion yuan) due to the Note 7 explosion.